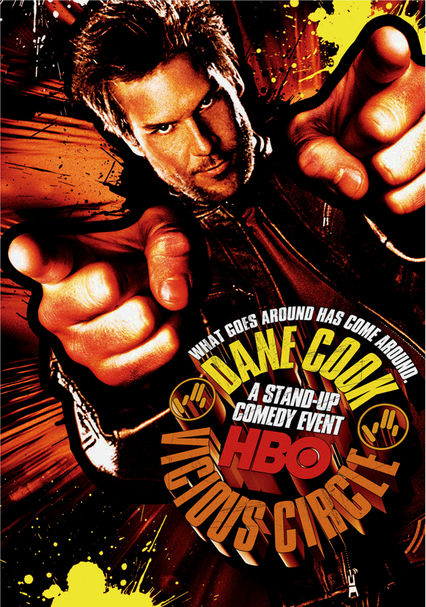 2006 TV-MA 1h 30m DVD
With a strong work ethic and technical savvy that allowed him to quickly build a huge legion of fans, Boston native Dane Cook emerged as one of America's most popular stand-up comedians early in the 21st century. Here, he shows off his stand-up comedy roots in his first-ever solo HBO concert in his hometown. He riffs on subjects like the therapeutic power of a good lie, the value of cheating in a relationship and seeing your father's genitals.