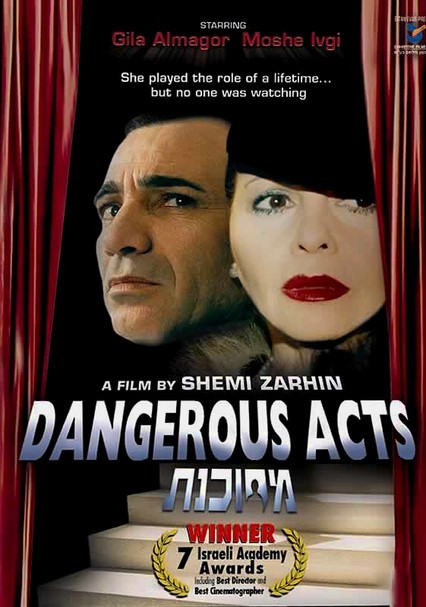 1998 NR 1h 36m DVD
Beautiful actress Zvia (Gila Almagor) loses her entire family when they are struck by a truck in a horrific auto accident. Three years later, she's visited by Israel (Moshe Ivgy), the truck driver, who, haunted by guilt, pleads for Zvia's forgiveness. But Zvia cannot grant it. Instead, she chooses to take on a role that can only be played off stage and away from the prying eyes of an audience.