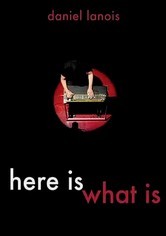 2008 NR 2h 0m DVD
Travel the globe with influential music producer Daniel Lanois as he records Sinead O'Connor in Ireland and meets up with U2 in Morocco, where he reminisces with his mentor, Brian Eno, while shopping for fabric in an open-air market. Lanois also schedules studio time with pianist Garth Hudson in Toronto; flies to Louisiana to record gospel music; and hangs out at home in Los Angeles with longtime pal Billy Bob Thornton.