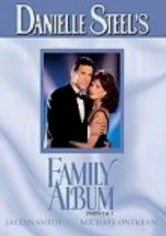 1994 NR 4h 0m DVD
After marrying into money and watching it slowly disappear, aging actress Faye Price Thayer (Jaclyn Smith) jump-starts her professional life by becoming a film director in this two-part TV miniseries based on Danielle Steel's best-selling novel. But with the beginning of a new decade comes a new set of domestic struggles as Faye's four rebellious children take center stage in the family drama.