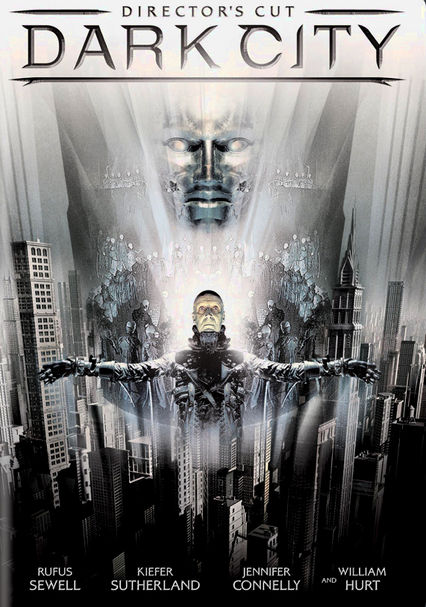 1998 NR 1h 51m Blu-ray / DVD
Alex Proyas directs this shadowy sci-fi masterpiece about a man (Rufus Sewell) who awakens to find himself accused of murder in a strange city. Now, he must untangle his jumbled memories while eluding both the police and a woman claiming to be his wife (Jennifer Connelly). This special edition director's cut boasts 11 minutes of new footage, plus commentary from Proyas, film critic Roger Ebert and screenwriters Lem Dobbs and David S. Goyer.