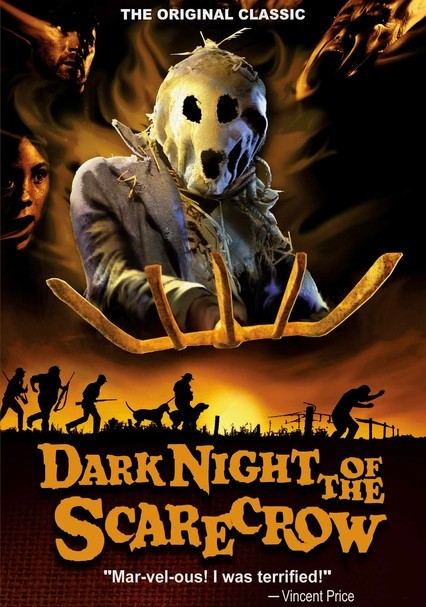 1981 NR 1h 36m DVD
Seeking justice after a local girl (Tonya Crowe) is brutally attacked, vengeful townspeople kill the suspect -- mentally challenged Bubba Ritter (Larry Drake) -- who tried to disguise himself as scarecrow. But they soon find themselves targeted by a mysterious apparition. Now postmaster Otis P. Hazelrigg (Charles Durning) and the rest of the men who murdered Ritter fight for their lives as the horrifying scarecrow embarks on a killing spree.