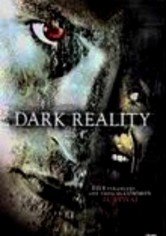 2006 NR 1h 21m DVD
Carey (Alisha Seaton), a young woman about to head to Europe, is abducted and put in a basement with several other victims; there, their mysterious abductor torments them with physical torture and terrifying mind games. As the ordeal drags on, Carey must draw on her reserves of strength and courage in order to survive this shared hell. Halfway through casting, director Christopher Hutson decided to forgo the script and shoot the film improvised.