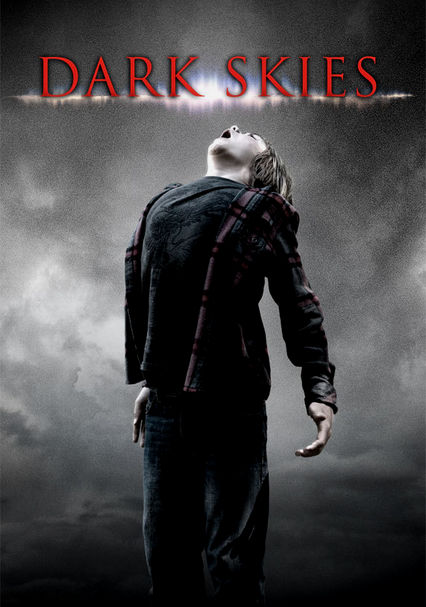 2013 PG-13 1h 35m Blu-ray / DVD
Keri Russell and Josh Hamilton star in this thriller as a couple who has trouble convincing friends and neighbors that an alien is entering their house each night to terrorize their children. So they take matters into their own hands.

Parents need to know that Dark Skies is an alien invasion movie that, while not great, is at least subtler and more character-oriented than many in the genre; the focus is on solving problems rather than killing monsters. But it still has plenty of scary scenes, including a few jump-shock moments and some nightmare-like imagery (including blood, guns, and death). Most of the movie's content issues surround a secondary character, an older teen who hangs around with the 13-year-old main character: He introduces bad language ("s--t," "p---y," etc.), porn (a very tame but still inappropriate videotape), and drugs (it's suggested that teens have smoked pot). Overall, the movie feels like a throwback to moody 1970s and 1980s-era films, but it doesn't have much substance.

Young teens watch a so-called "adult video," wherein a man calls a woman a "bad girl," kisses her, and fondles her breast through her clothing (no nudity shown). A boy tries to repeat what he saw in the video, fondling a teen girl's breast. She yells at him but then gives him a little kiss anyway. A married couple kisses and is intimate with each other (no nudity shown).

Frequent scary scenes range from simple jump-shocks to more elaborate, creepy nightmare imagery (a child with no eyes and bloody sockets, etc.). One of the most shocking has a boy entering a kitchen to see his father holding a rifle, his mother dead, and the walls spattered with blood (it's a hallucination). In one sequence, hundreds of birds slam up against a window and a house, leaving little spots of blood. A grown man starts a fight with a teen boy; the boy's father intervenes, punching the man in the face. A woman bangs her head repeatedly against a glass door. A man's nose bleeds. Guns are fired. Scary creatures are briefly shown. Some arguing and yelling.

Most of the strong language is said by an older teen, a "bad influence" secondary character who hangs around with the main character. His language includes "s--t," "bitch," "jock," "t-tties," "ass," and "p---y." The main 13-year-old character says "don't be a d--k." The father says "hell" in front of his youngest son. In another scene, he whispers "what the f--k" under his breath (it's not audible). Other words include "damn" and "Jesus Christ" (as an exclamation).

Overall the movie has a rather hopeless message, but it does show a family working well to love and support one another, despite a few arguments and pitfalls.

Apple iPhones are used and shown throughout the movie.

A "bad influence" teen invites the 13-year-old main character and two girls to smoke pot. He slams the paraphernalia on a table and says, "light 'em up." In the next shot, the teens are acting high, but viewers never actually see them smoking. A main adult character is seen smoking a cigarette, and other adults are shown drinking wine with dinner.