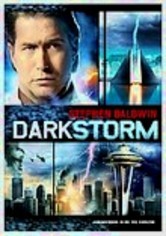 2006 NR 1h 29m DVD
The same reclusive scientist (Stephen Baldwin) who created an uber-destructive secret weapon that usurps the power of the nuclear bomb is the only one who can save the world when the device unexpectedly fails and threatens the lives of millions. Racing against time, he rallies his team of researchers to disarm the device before it's too late. But is there really a way to defuse or destroy the deadliest weapon on earth?