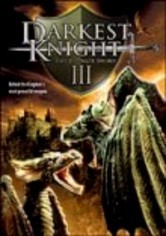 2004 PG-13 1h 34m DVD
Compiled from several episodes of the "Dark Knight" television series that originally aired in New Zealand and England, this piecemeal action-adventure continues the saga of Ivanhoe (Ben Pullen) and his quest to locate the Ultimate Sword. If he finds the item in question, he'll finally have the power to battle King John's minions and restore King Richard to his rightful place on the English throne.