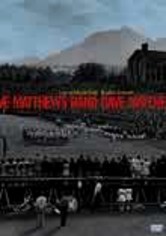 2002 NR 2h 30m DVD
Despite a huge electrical storm that threatened to halt this 2001 concert from Boulder, Colo., intrepid rockers the Dave Matthews Band forged ahead and delivered an "electrifying" show for nearly 42,000 fans. The set list -- taken largely from the multiplatinum album "Everyday" -- includes hits such as "When the World Ends," "So Right," "What You Are," "The Space Between" and "Everyday."