Dave Matthews: Weekend on the Rocks 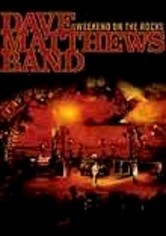 Dave Matthews: Weekend on the Rocks

2005 NR 1h 0m DVD
Released in conjuction with a two-disc audio set, this live concert video captures highlights from the Dave Matthews Band's memorable four-day stakeout at the Red Rocks Amphitheatre in Morrison, Colo., in 2005. Tracks include "Stand Up (For It)," "Time of the Season," "Dreamgirl," "Everybody Wake Up (Our Finest Hour Arrives)," "Crash into Me," "So Much to Say," "Too Much," "Louisiana Bayou," "Recently" and "Jimi Thing."