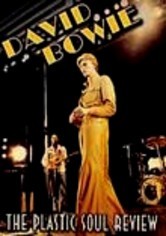 2007 NR 1h 1m DVD
A must-see for David Bowie fans, this video critique looks at his "plastic soul" period, which saw him move away from glam rock with the release of the albums "David Live," "Young Americans" and "Station to Station." Through photographs, performance footage, interviews with journalists and insightful commentary by Bowie's fellow musicians, the retrospective examines his powerful cult persona and enduring influence on pop and rock.