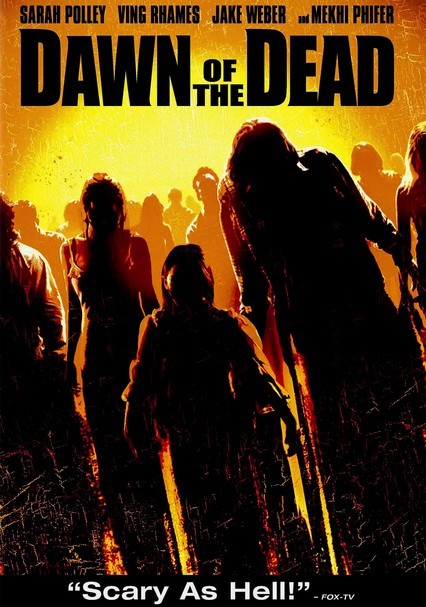 2004 UR 1h 50m DVD
In the wake of a plague, America is overrun by millions of corpses who walk the earth as cannibalistic zombies. A small group of survivors, including a nurse and a police officer, tries to find shelter within a massive shopping mall.