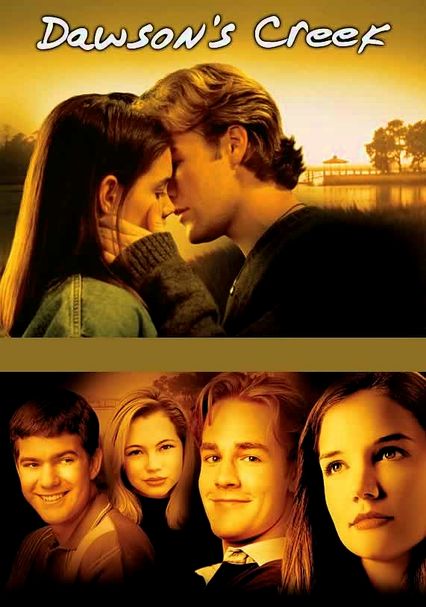 1998 NR 4 seasons
This thought-provoking nighttime soap about a group of close-knit teens, led by dreamer Dawson Leery, frankly portrays the issues of adolescence that obsess young adults as they navigate through high school and college -- including sex, sex and sex.

The hit TV series focuses on teenagers Dawson Leery and Joey Potter, who've been friends since they were 5 years old and are trying to cope with the way their relationship is changing ... now that their hormones are raging.

As the new season of this popular series gets under way, Dawson and Joey start to have qualms about the future of their relationship after their first romantic kiss, and Pacey becomes friendly with Andie McPhee -- the new girl in town.

This season of the prime-time teen soap finds Dawson, Joey and Pacey facing more of life's most difficult issues as Joey heads off to college, Dawson begins a film internship in Hollywood, and Pacey starts a new career working at a restaurant.

Capeside angst hits a fever pitch during the course of the show's final season as Joey and Dawson rekindle their romance, with mixed results; Audrey helps Pacey and tries her hand at being a rock star; and Jen learns that Grams has cancer.

Parents need to know that this series is all about teens who have a mature/adult vocabulary and general worldview (and quite the knack for pop culture references). As it follows them through high school and into college, the show deals with "typical" teen issues like sex, first loves, drinking, sexual orientation, depression, cheating in school, and parents' divorce. Of those, sex is probably one of the biggest themes; it's a frequent topic of discussion -- as well as action. Teens will likely find the characters' vocabulary, critical analysis, and maturity either inspiring or alienating.

Sex is an ongoing, central issue throughout the series, and in its original run, the show had a bit of a racy reputation. Jen has a promiscuous past, and sex is taken seriously by all of the characters. Some episodes deal with teens losing their virginity. Both heterosexual and homosexual relationships are dealt with.

The rare fist-fght or car crash is used to teach an overall lesson.

Relatively mild on the swearing front: "damn," "hell," "bitch," "ass," etc. More significant is the constant dialogue among the characters to work out issues or express feelings in a mature, articulate manner.

The characters' talky nature promotes communication about the complications of adolescence. The teens' families also play important roles in helping them solve their problems, when needed.

Occasional teen drinking, but consequences and/or discipline is usually the result.