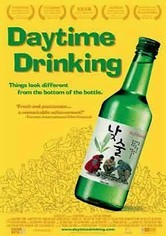 2008 NR 1h 56m DVD
After his girlfriend dumps him, Hyuk-jin (Sam-dong Song) spends a night getting drunk with friends, who convince him to go to the distant town of Jeongseon. But when he wakes up at the Jeongseon bus stop in the morning, none of his friends are there. Walking along the road in his underwear, he finds himself on an unexpected journey as he becomes involved in a series of misadventures. Young-Seok Noh directs this Korean drama.