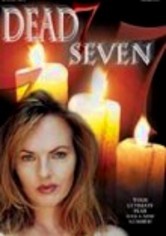 2000 R 1h 30m DVD
Drug dealer Brownley Dawkins (Joe Myles) and his goon, Franky (Matt Emery), have no qualms about killing anyone who double-crosses them. So, when a hapless ne'er-do-well does the unthinkable and makes a pass at Brownley's girlfriend (Tanya Dempsey), the two decide to behead the poor guy in the woods. Months later, a vengeful murderer hunts down the pair to punish them, but they don't know who -- or what -- the perpetrator is.