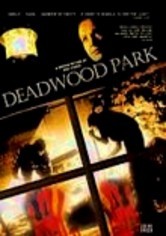 2007 NR 1h 57m DVD
In 1979, Jake Richardson's (William Clifton) little brother was the last victim in a 35-year string of child murders. Now, the dead children's spirits haunt Jake, leading him to the site of a long-abandoned amusement park to solve the mystery of the killer's identity. Only by uncovering the truth will Jake bring peace to the children's restless souls and his once-thriving hometown of Eidolon Crossing.