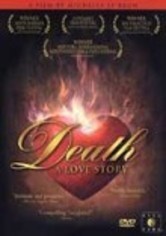 1999 NR 1h 3m DVD
Filmmaker Michelle Le Brun and producer-actor Mel Howard train their documentary cameras on themselves to chronicle Howard's yearlong battle with terminal liver cancer. It's all here -- from different treatment regimens to Howard's final breath with Le Brun poised behind the camera. The resulting film is a poignant and stirring testament to the power of love over imminent death.