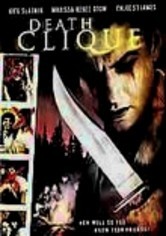 2006 R 1h 31m DVD
An innocent game turns deadly for a tight-knit group of high school friends who are vacationing in the woods the same weekend that a school outcast (an accused murderer) has been released from juvenile detention. Playing Truth or Dare, one by one, they reveal their once-hidden relationships with the boy who was said to have murdered his entire family. And, one by one, they start turning up dead.