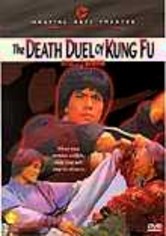 1979 NR 1h 26m DVD
Ming General Cheng (Wang Dao) and his band of soldiers escape to Taiwan after Ching forces topple the Ming Dynasty. Still fearing the deposed general's deadly potential, however, the Ching prince Ta orders his own band of ruthless mercenaries to finish off Cheng and his warriors. The rivals prove to be equally skilled, and soon everybody is kung fu-fighting in this action-heavy martial arts spectacular.