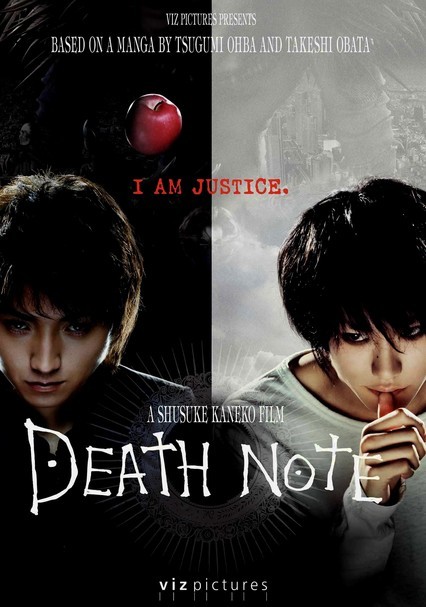 2006 NR 2h 6m Blu-ray / DVD
When he discovers a mystical notebook that grants him the power to kill anyone he wants by merely writing their name, a brilliant student named Light (Tatsuya Fujiwara) develops a god complex and attempts to create utopia. Now, it's up to ingenious detective "L" (Ken'ichi Matsuyama) to stop the supernatural vigilante. Directed by Shusuke Kaneko, this eerie thriller also stars Asaka Seto, Erika Toda and Shigeki Hosokawa.