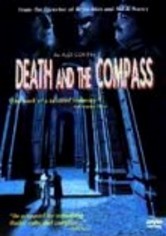 1996 NR 1h 26m DVD
Told via flashback, this surreal thriller stars Peter Boyle as unorthodox gumshoe Erik Lonnrot, who's tasked with probing a string of grisly homicides. But rather than pursuing the obvious suspect, Lonnrot takes his investigation into occult territory after discovering a ritualistic connection between the killings. Based loosely on a short story by Argentine writer Jorge Luis Borges, the film also stars Christopher Eccleston and Miguel Sandoval.