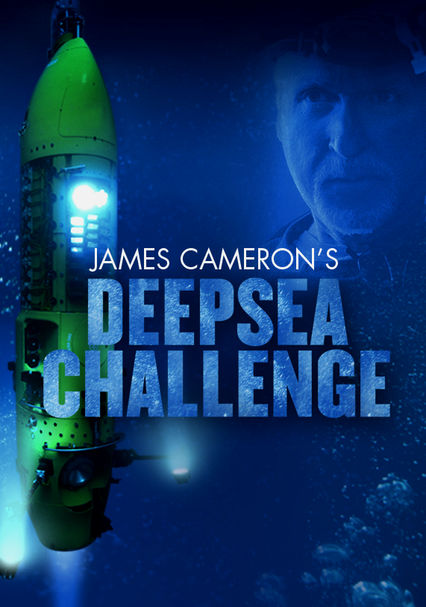 2014 PG 1h 30m Blu-ray / DVD
This epic documentary chronicles director James Cameron's solo dive on March 26, 2012, as he pilots a submersible seven miles down to the lowest point of the Mariana Trench to gather data for scientific research.

Parents need to know that DEEPSEA CHALLENGE 3D documents director/explorer James Cameron's attempts to reach Challenger Deep, the bottom-most part of the Mariana Trench. It's an exhilarating expedition, punctuated by moments of peril (storms, tension, etc. -- all of which can seem a bit more intense in 3D), although there isn't too much here that will scare older kids or tweens. In fact, the movie is a celebration of the can-do attitude that has propelled explorers since time began, and kids of all ages are likely to find it inspiring and interesting. Expect a little bit of language along the lines of "damn."

Some clips from Cameron-directed movies are action-packed and suspenseful. Also, one stormy day at sea is nerve-wracking.

If you set a goal and commit yourself, you'll probably succeed. Also, humankind's ability to explore the furthest reaches of the planet is limited only by our imagination.

Cameron's movies, including Titanic and Avatar, get significant screen time; their themes are discussed and clips from the films are shown. Also, the expedition is partnered with National Geographic, so that brand has a strong presence, too.