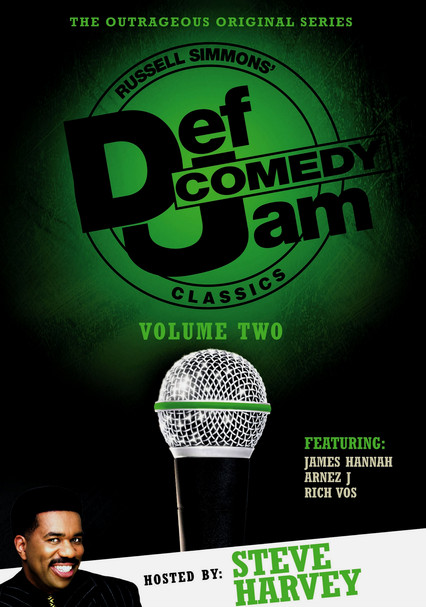 1995 NR 1h 0m DVD
Long before Hollywood came calling with films such as Johnson Family Vacation, Steve Harvey was slaying audiences at comedy clubs. This collection of Harvey-hosted episodes from the popular television show captures that vibe. Funnymen James Hannah, Arnez J., Rich Vos and others unleash a tirade of laughs, demonstrating why this show served as a launching pad for so many top comic talents. Russell Simmons and Bob Sumner provide commentary.