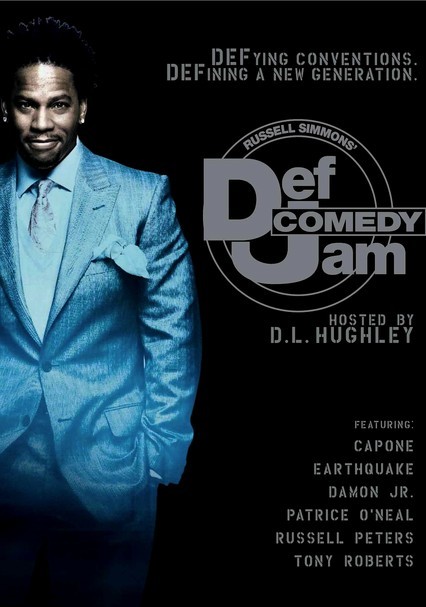 2008 NR 2 discs
Popular entertainer D.L. Hughley takes the microphone as host of Russell Simmons's "Def Comedy Jam," one of the best-known showcases for established stars and up-and-coming comics, filmed before a live audience at the Orpheum Theatre in Los Angeles. This sidesplitting collection features performances from Capone, Earthquake, Patrice O'Neal, Russell Peters, Tony Roberts and many other talented stand-up artists.