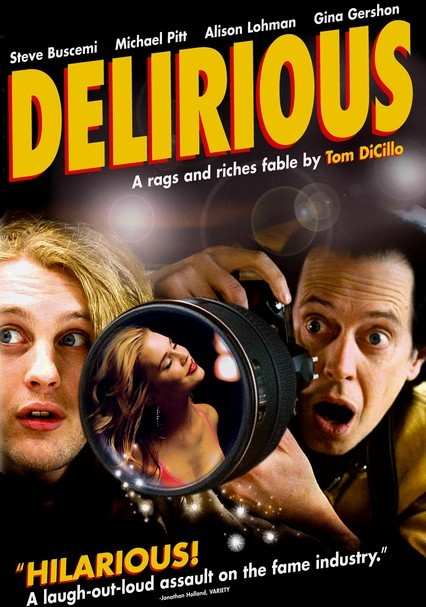 2006 NR 1h 47m DVD
A homeless kid, Toby, attaches himself to Les, a paparazzo who agrees to take him on as a protégé. The mentor-student relationship works fine until Toby meets pop singer K'Harma Leeds. Toby wants to love her, but Les just wants her picture.

Parents need to know that although this indie film might appeal to some teens thanks to its Britney Spears-like protagonist, it's an unflinching chronicle of the lives of the paparazzi and their marks, a subject that may be too seamy for younger viewers. The world it reveals is a highly competitive, often unpleasant one, whose players -- with just one or two exceptions -- show little compassion or soul. They scheme and maneuver to get what they want and are more concerned about how they look than who they are. Plus, there's plenty of drinking and profanity ("f--k," "s--t"), and some scenes feature scantily clad women and implied sex.

K'harma prances around in her bra and underwear and later cavorts in a tub with Toby. She also verbally implies that she will go to bed with him. They kiss and make out. A "celebrity" is caught with an erection (after having surgery on his genitalia); he's clothed, but Les still takes his picture. Also, a casting director gleefuly beds an actor (viewers see her strip to her underwear; she also pulls his towel off him after a shower).

Paparazzi elbow each other to get the best location to shoot; they brawl with bouncers who toss them out for shooting pictures. Toby and Les argue.

Paparazzi lie their way into situations that allow them to shoot celebrity photos. K'harma manipulates her handlers to get what she wants. Photographers stab each other in the back (figuratively) regularly. In the end, Les does undergo some emotional transformation.

Tabloid titles and gossip shows galore: Us Weekly, Star, Access Hollywood. Plus mentions of movie stars, and celebrity culture with all its "bling" is glamorized.

Both the paparazzi and their subjects drink (though not together), both alone and at work.