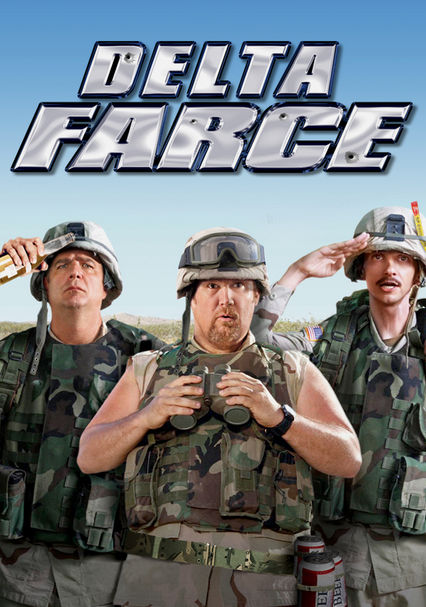 2007 PG-13 1h 29m Blu-ray / DVD
After being mistaken for Army reserve troops, three average Joes are hustled onto a plane headed for combat in Iraq -- but the fact that the plane drops them in Mexico doesn't stop them from "liberating" what they believe to be the Middle East.

Parents need to know that this lowbrow war send up is aimed at 13-year-olds who like broad jokes based on stereotypes. Since the story is about three dopey reservists who confuse Mexico for Iraq, there are several culturally insensitive moments that portray Mexicans (not to mention Southern men) very stereotypically. Language includes "s--t" and "retard." Star Larry the Cable Guy and his pals spew many fart jokes and fire many rounds of ammunition for their "mission." Families with loved ones deployed in Iraq probably won't be amused, even if the movie is dedicated to the troops.

Military-issued machine guns are used against gangsters with various weapons. Many shots are fired, but there's no blood or obvious deaths. One character is accidentally buried alive. Reference (innuendo-style) to rape.

Culturally insensitive characters can't tell the difference between Mexicans and Iraqis. Even though the cuisine and dress are stereotypically Mexican, these things are still confused with Iraqi culture.