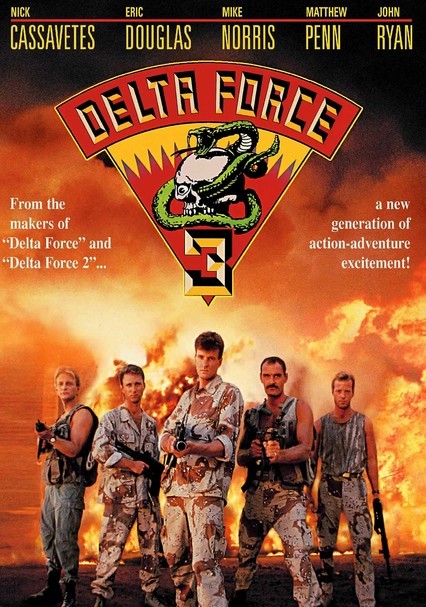 1991 R 1h 38m DVD
An elite team of Russian and American commandos must stop terrorists from destroying a U.S. metropolis in this action-packed thriller starring Eric Douglas, Mike Norris, Matthew Penn and Nick Cassavetes. When a Middle Eastern despot plants a nuclear bomb in Miami, the president calls in the Delta Force. Two Russian intelligence agents, one a beautiful woman, join the effort to thwart the madman before he obliterates the city.