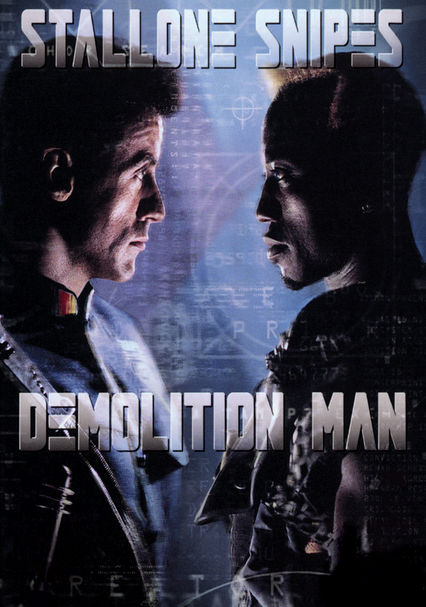 1993 R 1h 55m DVD
In the violent 1990s, a cop (Sylvester Stallone) catches a relentless killer (Wesley Snipes), and both end up in a cryogenic deep freeze. In the peaceful year 2032, the criminal emerges from his long chill and attacks the now crimeless California. Unable to stop the bloodshed, a "Big Brother" boss (Nigel Hawthorne) defrosts the murderer's past nemesis, who struggles to adapt to the ways of a new world and a restless new partner (Sandra Bullock).