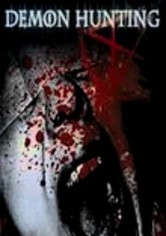 2006 NR 1h 30m DVD
Miho Yabe heads the cast in this spine-chilling Japanese horror flick that follows a private school student whose disturbing visions of satanic activities on campus are blithely dismissed as figments of her imagination. But after one of her dreams gives rise to a gruesome death, she finds herself in a race against the clock -- can she stop the murderous demons before they claim another innocent victim?