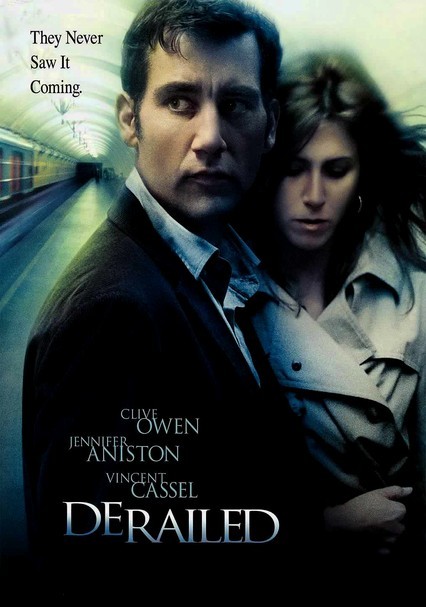 2005 NR 1h 52m Blu-ray / DVD
Charles, a successful ad exec and devoted family man, meets a sexy woman on his morning commute. But their casual flirtation turns serious -- just not in the way either expected -- when a criminal pulls them into a dangerous plot.

Parents need to know that this movie is premised on an adulterous affair. It includes frequent images of bloody violence: a shooting, several stabbings, fist fights, and the start of a rape. Characters smoke and drink, curse frequently ("f--k" in various forms, "s--t," slang for genitals). Characters lie to each other incessantly, and the hero's triumph is based in a lie that he agrees to keep secret with the detective. References are made to a daughter's illness, with images as well of her injections and a difficult-breathing episode.

Drinking in a bar, some smoking by villains.