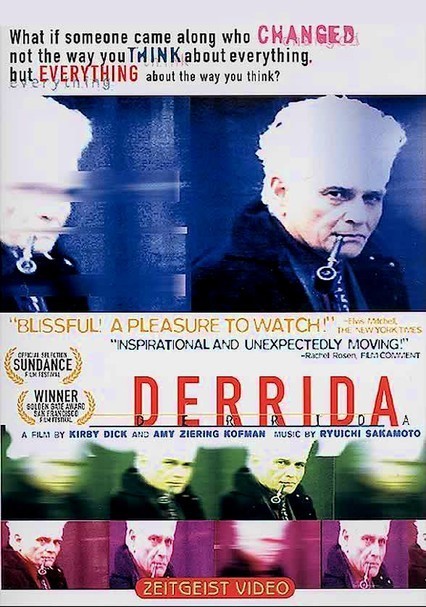 2002 NR 1h 24m DVD
The master of deconstruction -- French philosopher Jacques Derrida -- is himself deconstructed in this documentary directed by Kirby Dick and Amy Ziering Kofman. Witty and knowing, Derrida is just as fascinating a film subject as he is an intellectual. The world never got to watch great minds such as Plato and Socrates in action, but thanks to modern technology, this film captures one of the brilliant thinkers of the 20th century.