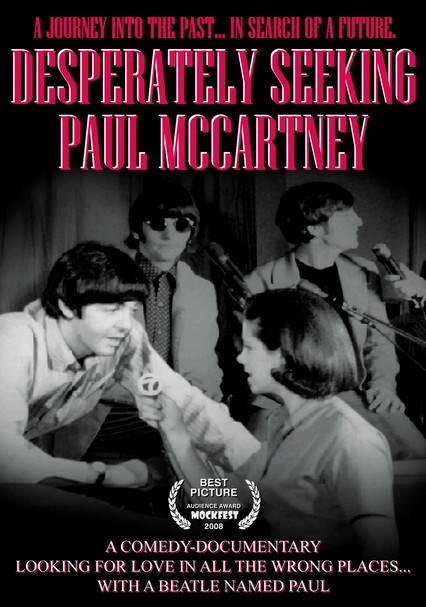 2008 NR 1h 25m DVD
Some 40 years after she interviewed Paul McCartney as a teen correspondent for an ABC news station, Ruth Anson tries her best to track the aging Beatle down with the help of filmmaker Marc Cushman, who's determined to capture it all on camera. When Ruth asked McCartney in 1965 whether he had any plans to tie the knot, he replied, "Only if you'll marry me." Now, she's got one lingering question: What if she'd actually said "yes"?