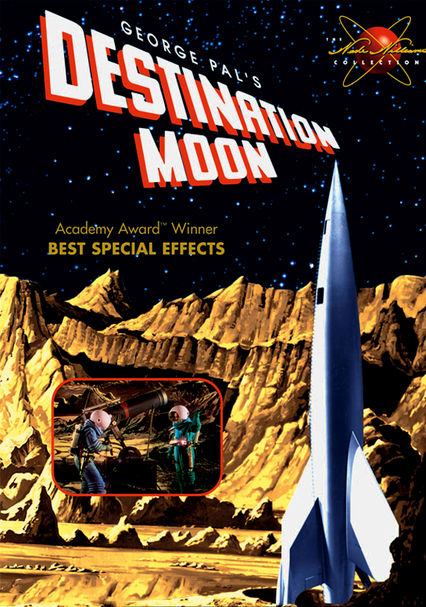 1950 NR 1h 31m DVD
After a tycoon finances a spaceship, the United States makes the world's first-ever trip to the moon in this 1950 sci-fi adventure. But once there, the astronauts realize a miscalculation means they might not have enough fuel to return to Earth. Now they must frantically work to lighten their rocket for the return trip. Based on a novel by Robert A. Heinlein, the film won an Oscar for its special effects.