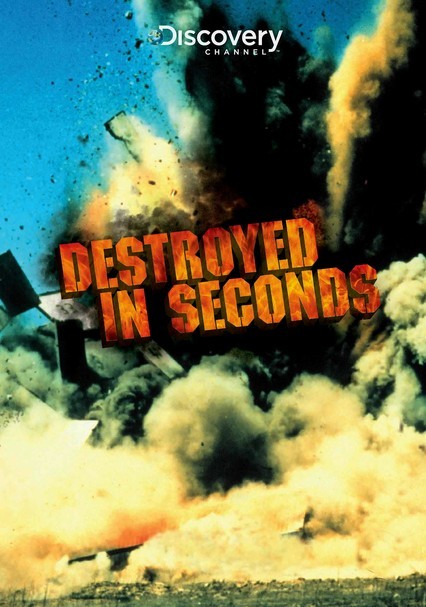 2009 NR 2 discs
Witness destruction of all varieties -- from planned implosions to shocking terrorist attacks -- in this fascinating Discovery Channel series, which provides a thoughtful exploration of how each disaster occurred. Host Ron Pitts examines the reactions of communities as they cope with devastating natural catastrophes and horrific violent attacks, shedding light on both the aftereffects of each situation and the spirit of the survivors.

Parents need to know that this reality show is all about destruction. It features clips of real car accidents, airplane crashes, and boating mishaps, as well as footage of other real things blowing up, falling down, and being destroyed in an amazing variety of ways. Sometimes the events seem just as dramatic as similar incidents from the movies or TV, sometimes they seem less exciting, and sometimes they're even more explosive -- but they're always more compelling, because they involve real people who are in real peril. There are few images of people actually being injured on screen, but the potential is always there.

Almost every clip features some kind of major destruction, including car crashes, boat crashes, airplane crashes, and other kinds of crashes. Most of these obviously have the potential to cause serious injuries, which can be unnerving.

The show makes it clear that thoughtless behavior can often have very serious, very dangerous consequences -- but just as often it shows that many dangerous accidents are nobody's fault and that sometimes people die, very suddenly, for no particular reason.

Some products are mentioned by name, then destroyed.

Few scenes show alcohol, but some accidents are clearly the result of people drinking.