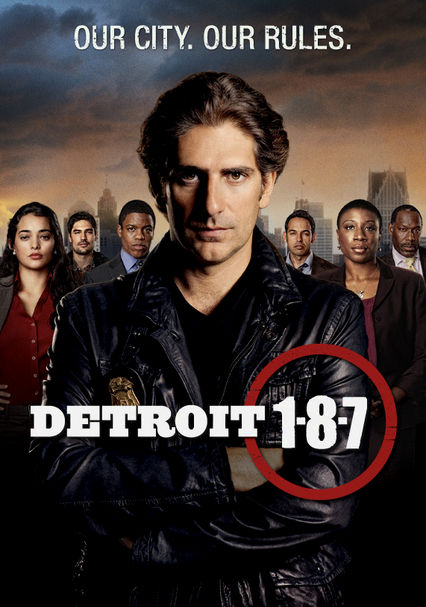 2010 TV-14 1 season
A diversity of background and experience bolsters a crack team of homicide detectives in this hard-hitting police procedural. The squad's investigations often surpass the seamy details of the crime to reveal the troubled city's hope and courage.

Parents need to know that this gritty, edgy detective series -- which focuses on murder investigations -- has lots of gun violence, including scenes of people being shot at close range, images of bloody bullet wounds, and other potentially upsetting scenes. Drugs are often linked to criminal behavior, and some violent incidents involve children. There's lots of swearing, but the strongest choices ("f--k," "s--t") are muted and/or fully bleeped.

Sexual tension between some of the detectives.

The series revolves around the Detroit murder scene. Guns are consistently drawn and shot, and bloody gunshot wounds are frequently visible. Hostage situations and murders sometimes involve children. Some discussion of sexual crimes.

Although the main characters are concerned with catching criminals and solving crimes, the series is about murder investigations and doesn't exactly showcase the best that humanity has to offer.

Murders are sometimes linked to alleged dealers and drug deals gone bad. People under the influence are shown being interrogated. References are sometimes made to specific drugs, like Oxycodone.