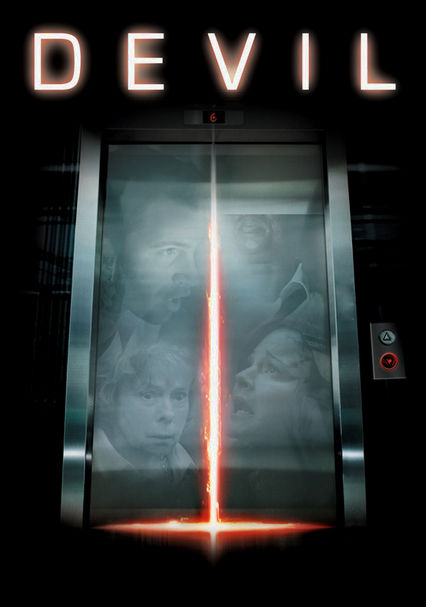 2010 PG-13 1h 21m Blu-ray / DVD
In this edgy thriller, Det. Bowden (Chris Messina) must save five people trapped in an elevator: a mechanic, a young woman, an old woman, a guard and a salesman. But Bowden must act fast, because one of them is the devil.

Parents need to know that this horror movie -- which was produced by M. Night Shyamalan (who also wrote the story) -- is about five people who are trapped in an elevator ... with the devil among them. There's a fair bit of blood and gore (though not as much as in some R-rated horror movies) and several disturbing images of dead or broken bodies. Expect some language (including "s--t") and a few sexual references, as well as a character who's a recovering alcoholic. Another character drives drunk, with tragic consequences. All of that said, older teens who can stomach the scares may find some thought-provoking ideas here about the power of forgiveness over revenge.

A woman in the elevator accuses a man of grabbing her bottom.

Whenever anyone dies in the elevator, the lights wink out, so viewers only see the results. But those results can be bloody and gory: There's a bloody corpse stabbed in the neck with a chunk of broken glass, a character hanging by the neck by a power cord, and a character's head twisted around backward. Viewers also see "imaginary" images of bloody corpses and a devil's face. A character falls out a window, and another is electrocuted -- again viewers mainly see the results, rather than the incidents themselves.

Amid the gore, there are some ideas worth thinking about. One man manages to break the cycle of destruction by admitting his crimes and "realizing his true self." Later, another character practices forgiveness rather than revenge. Characters work together to solve problems, and they persevere in the face of death. There's also something of a spiritual message in the film's final minutes.

A cop is a recovering alcoholic. He explains how he tried to drink himself to death after the loss of his wife and child. In the movie, he's 90 days sober and meets with his sponsor. Another character causes a drunk-driving accident. Viewers see him reaching for a beer while driving.