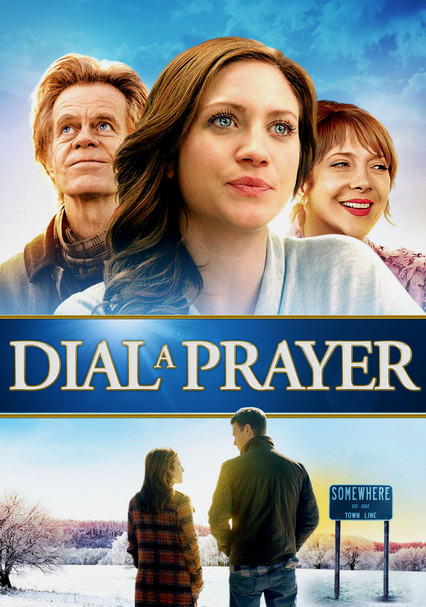 2015 PG-13 1h 37m DVD
When her youthful indiscretions lead to a stint of community service, Cora McCarthy is surprised to find she enjoys working at a prayer call center. But her gratification turns to anxiety as she learns that helping people also comes with burdens.

Parents need to know that Dial a Prayer is a dark, provocative film about a troubled young woman doing community work for a crime by working at a prayer call center. The crimes of vandalism and arson are shown through flashback; it's revealed that an innocent woman was badly hurt. Two women snort cocaine, there's casual smoking and drinking, and a scene of a party shows drunk 20-somethings. Sex is implied. Profanity includes "f--k" and assorted other expletives. Though the film is heavily entrenched in religious beliefs and attitudes, it doesn't align itself directly with belief or atheism. There's some light poking at the chirpy earnestness of the prayer call center workers, but the film mostly tells the story of a woman trying to fix her life in the midst of a small-town religious workplace setting and how the experience changes her. Better for teens or older who can handle the lack of a clear message.

Implied sex after a man and woman make out against a hotel room wall and are shown in bed the next morning, the woman wearing the man's shirt. A man and woman grope and kiss on a bed; a couple kisses and gropes at a party; a man describes a woman as a "hottie."

A group of 20-somethings smashes a religious statue with a bat, then a woman lights fire to a church; it's later revealed a woman was badly hurt as a result. A woman hits a pedestrian with car; she is shown flung against the windshield, but no one is hurt.

Accepting the consequences of your actions; rebuilding trust; possibility of redemption; forgiveness; doing a job well even when your heart isn't in it.

Two women snort cocaine at a party and rub it on their gums; casual drinking at bars, including a woman stumbling home drunk the next morning; people inebriated at a party; casual cigarette smoking throughout.