Diameter of the Bomb 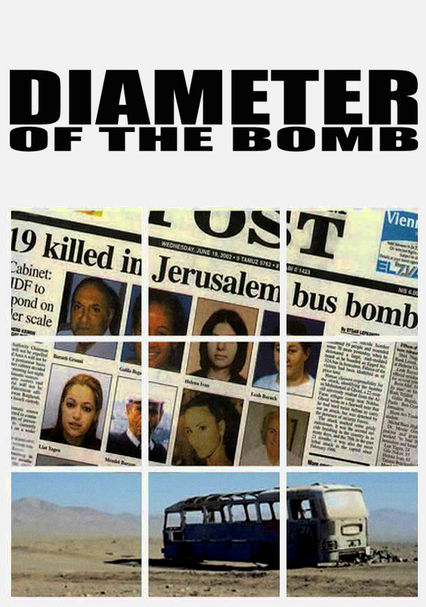 Diameter of the Bomb

2005 NR 1h 26m DVD
In June 2002, a suicide bomber struck Jerusalem, one of many such attacks in recent years. But what makes this particular salvo stand out is this unprecedented documentary, which details the full impact of the event, using footage from the Israeli military, Hamas and even the bomber's home movies. The result is a compelling look at Israel's efforts to stop the bombing and the victims who fell within the explosion's expanding circle of tragedy.