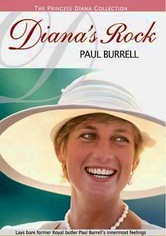 2007 NR 0h 50m DVD
Princess Diana's former butler, Paul Burrell, discusses accusations that he stole some of her possessions in this video diary, which includes interviews before the trial began and after it was called off because of new evidence uncovered by the queen. The program sheds light on the man accused of stealing from Diana's estate after her death, digs into his private audience with the queen and reveals the reasons the trial was dismissed in 2002.