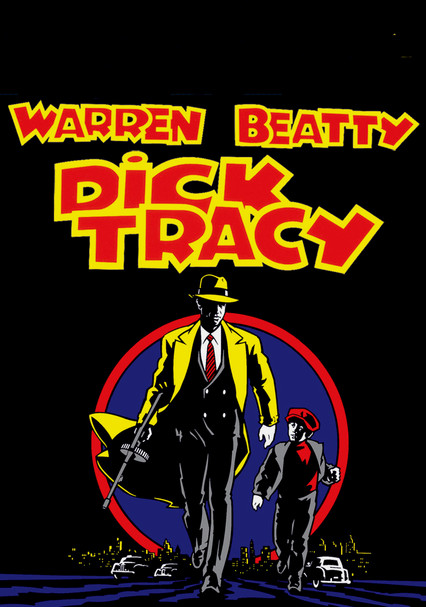 1990 PG 1h 45m DVD
Legendary police detective Dick Tracy is the only man tough enough to take on gangster boss Big Boy Caprice and his band of menacing mobsters. Dedicated to his work but also devoted to his loyal girlfriend, Tess, Tracy's torn between love and duty.

Madonna in particular plays a seductive singer who utters frequent suggestive double-entendres and dresses in low-cut, chest-revealing and skin-tight outfits.

"Cartoon violence" in the truest sense. Lots of machine-gun shooting, high-energy fist-fighting and mob hits, via both gunfire and explosions. No blood shown.

Dick Tracy is an upstanding and incorruptible lawman, even if he does seem a little tempted away from his girlfriend Tess Trueheart by both the work and the sexy Breathless Mahoney. Ultimately, the mousy, unassertive Tess proves a better love interest than the bold, brassy Breathless, a real old-school Hollywood attitude. A street kid Tracy befriends (who was forced into theft, a la Oliver Twist) looks up to Tracy's virtuous qualities and helps him in crimefighting. High city officials are revealed as corrupt and compromised. The gangsters in particular are grotesquely ugly, not the suave, smooth criminals glamorized in other crime pictures.

A line of action figures, vintage Dick Tracy cartoons, and toy tie-ins were peddled heavily -- and some of the aggressive marketing backfired when activists complained about the demeaning depictions of minorities and the homeless. At least the Two-Way Wrist radios didn't offend anyone.