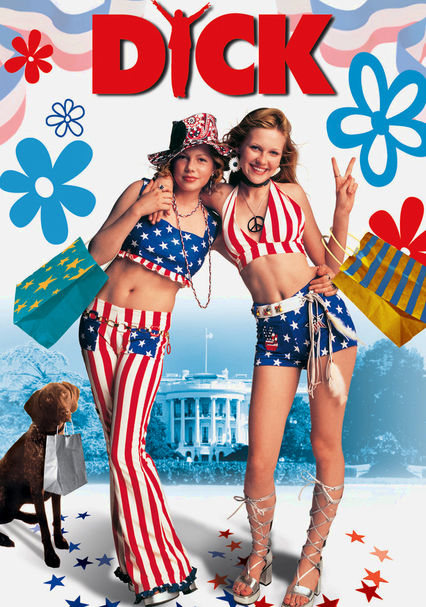 1999 PG-13 1h 30m DVD
After 15-year-old best friends Betsy Jobs and Arlene Lorenzo inadvertently witness the Watergate burglary, President Richard Nixon takes an interest in them and hires them as "official White House dog walkers" to keep them under surveillance.

Parents need to know that Dick has some very strong language, including puns relating to the president's first name and a whispered explanation of the original meaning of "Deep Throat." Betsy's brother is a heavy drug user who is perpetually stoned, and some of his marijuana makes its way into the cookies the girls make for the president.

One character is a major drug user.