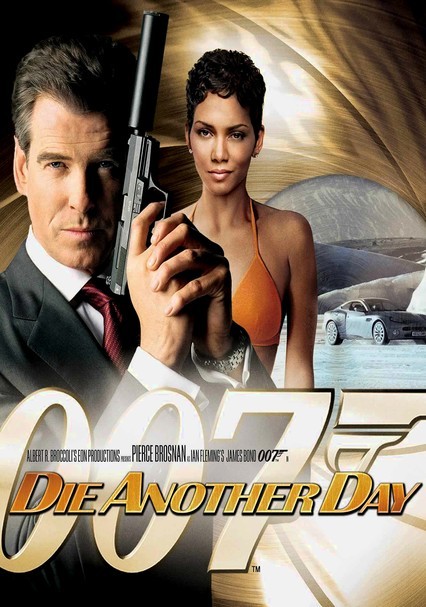 2002 PG-13 2h 7m Blu-ray / DVD
Pierce Brosnan's fourth (and final) outing as secret agent 007 finds the ever-daring James Bond facing off against a North Korean terrorist in league with a British diamond merchant who's financing the development of a space weapon.

Parents need to know that this movie is rated PG-13 for excessive violence, sex, partial nudity, mild profanity, and many off-screen deaths. The film is almost non-stop action scenes, some of which include graphic if rather bloodless deaths. This includes one impaling, a knife in the neck and another in a chest, a character being sucked into a plane engine, while another is pinned to a hovercraft before plunging to his death at the bottom of a waterfall. The film also includes many explosions and scenes in which death is implied, but not shown. There is almost constant shooting, and James Bond's ambiguity about violence may trouble younger viewers. The film shows James Bond smoking in numerous scenes. The movie is also filled with sex and sexual dialogue. One sex scene is rather graphic, while the other two imply it. There is also a view of a woman naked from the back, as well as numerous silhouettes of nude women during the opening credits. The film also includes numerous sexual innuendos, including two that are rather graphic, one coming at the end of the feature. The film briefly addresses James Bond's womanizing, but makes light of it rather than condemning his behavior.