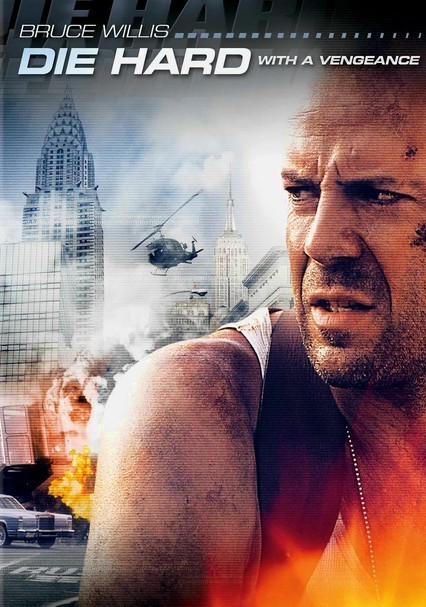 1995 R 2h 10m DVD
In this third installment of the action-packed series, John McClane teams with civilian Zeus Carver to prevent the loss of innocent lives. McClane thought he'd seen it all, until an evil genius engages McClane, Carver and their city in a deadly game.