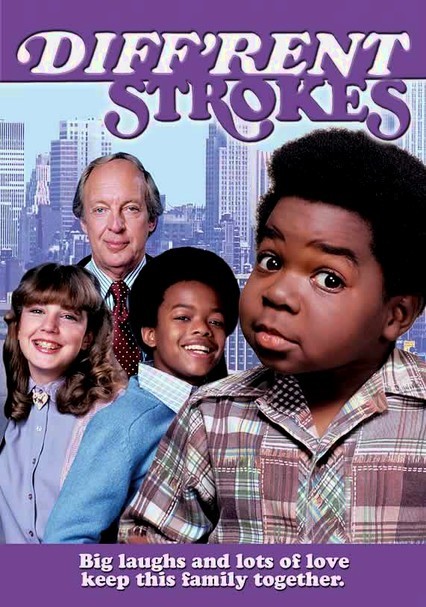 1978 TV-PG 2 seasons
After their mother dies, young African-American brothers Arnold and Willis move from Harlem to the Park Avenue home of a wealthy white widower, where they must adjust to a host of lifestyle changes.

Two African American kids from Harlem move in with a well-to-do white widower and his daughter in this classic sitcom. Laughs abound as the youngsters adjust to their new life, but issues of race and family are also brought to the forefront.

With Mrs. Garrett departing, Mr. Drummond is left to care for Willis and Arnold without the benefit of hired help. In the show's second season, Arnold comes face-to-face with boxing great Muhammad Ali and gets a life-threatening bite from a dog.

Parents need to know that this classic comedy series addresses racial issues, including interracial adoption and racism. Occasional episodes also address pedophilia, sexual assault, drugs, and bulimia. Some of the humor may not be considered politically correct by today's standards. The child actors who starred in this show eventually encountered criminal or drug-related problems.

Contains some very mild sexual innuendo. Pedophilia and sexual assault are discussed in a specific episode.

Positive messages are embedded into each show, as the family explores the complexities of being kids and teens, and of being an interracial and non-traditional family. Some of the race-related humor is not politically correct according to today's social values.