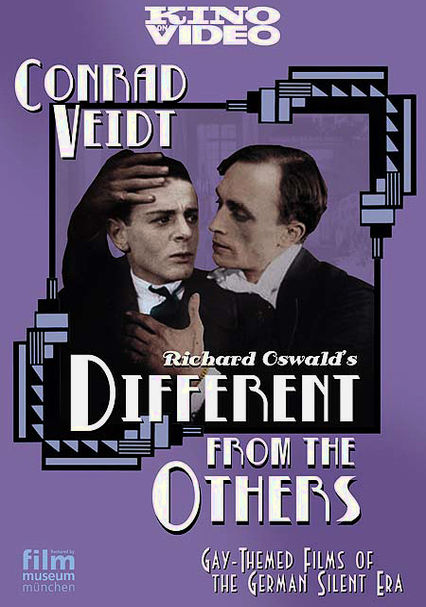 1919 NR 0h 50m DVD
Banned by the German government after its theatrical release in 1919, this rare silent film was one of the first popular movies to deal with the subject of homosexuality: violinist Paul Körner (Conrad Veidt) is blackmailed after hitting on a man at a dance. The film was written in part by Magnus Hirschfeld, renowned German sexologist, gay-rights advocate and founder of the Institute for Sexual Science in Berlin.