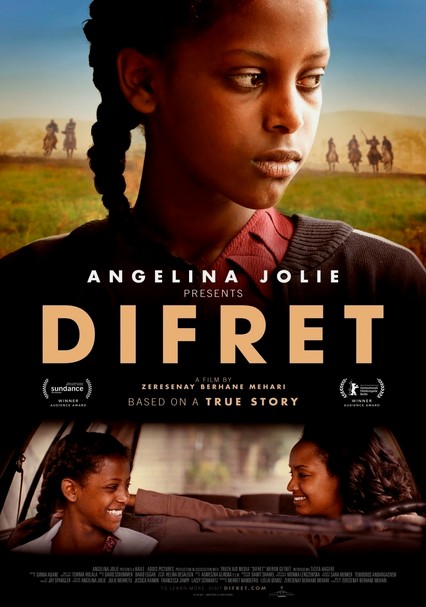 2015 NR 1h 36m DVD
After shooting a man who tried to force her into marriage, a 14-year-old Ethiopian girl is jailed and charged with murder. Now, the only thing standing between her and the death penalty is a zealous young lawyer determined to save her client's life.

Parents need to know that Difret is a powerful Ethiopian film (executive produced by Angelina Jolie) that shows how some longstanding traditions lead to the subjugation of women and girls. It's based on the true story of a 14-year-old girl who is abducted by a gang of men and assaulted/raped by one of them, then manages to fight back and shoot her primary assailant with his own gun. She ends up accused of murder and sentenced to death until a tenacious female lawyer comes to her aid and challenges their country's customs. Not much of the horrible crime is shown on screen, though it's discussed often throughout the film. The movie is in Amharic with English subtitles, which occasionally include profanity ("s--t"). One scene of drinking in a bar.

The early parts of the film depict a horrific crime: A gang of men kidnaps a teenage girl, and one of them beats and sexually assaults her. Though the full incident isn't shown on screen, it's clear what's happened, and it's often discussed. The gang later chases the girl and her lawyer, shooting at their car from horseback.

English subtitles include infrequent cursing, such as "s--t."

The girls and young women are starting to realize they don't have to endure social norms that subjugate them because of their gender. Bravery and determination can bring about change.

One scene shows people drinking at a bar.