Dimebag Darrell: Dimevision: Vol. 1: That's the Fun I Have 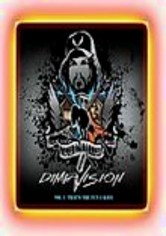 Dimebag Darrell: Dimevision: Vol. 1: That's the Fun I Have

2005 UR 1h 13m DVD
From Pantera to Damageplan, the late Dimebag Darrell's artistry of shredding heavy metal guitar is unparalleled. This tribute DVD, compiled by his brother and former band-mate Vinnie Paul Abbott, recounts Dimebag's life not only as a skilled musician onstage, but also his offstage charisma through videos, performance and behind-the-scenes footage. Join Dimebag and his friends with exclusive home video clips of hilarious mischief.