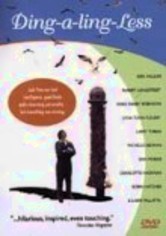 2001 NR 1h 21m DVD
When an inexperienced nurse accidentally snips the penis of young Jack (Kirk Wilson) instead of his umbilical cord, it sets Jack up for a life of humiliation and, obviously, no sex. Instead, he must live vicariously through the antics of his best friend, Alan (Robert Longstreet), who describes as best he can what it's like to engage in intercourse. Will Jack's luck finally turn around when he finds a penis transplant doctor?